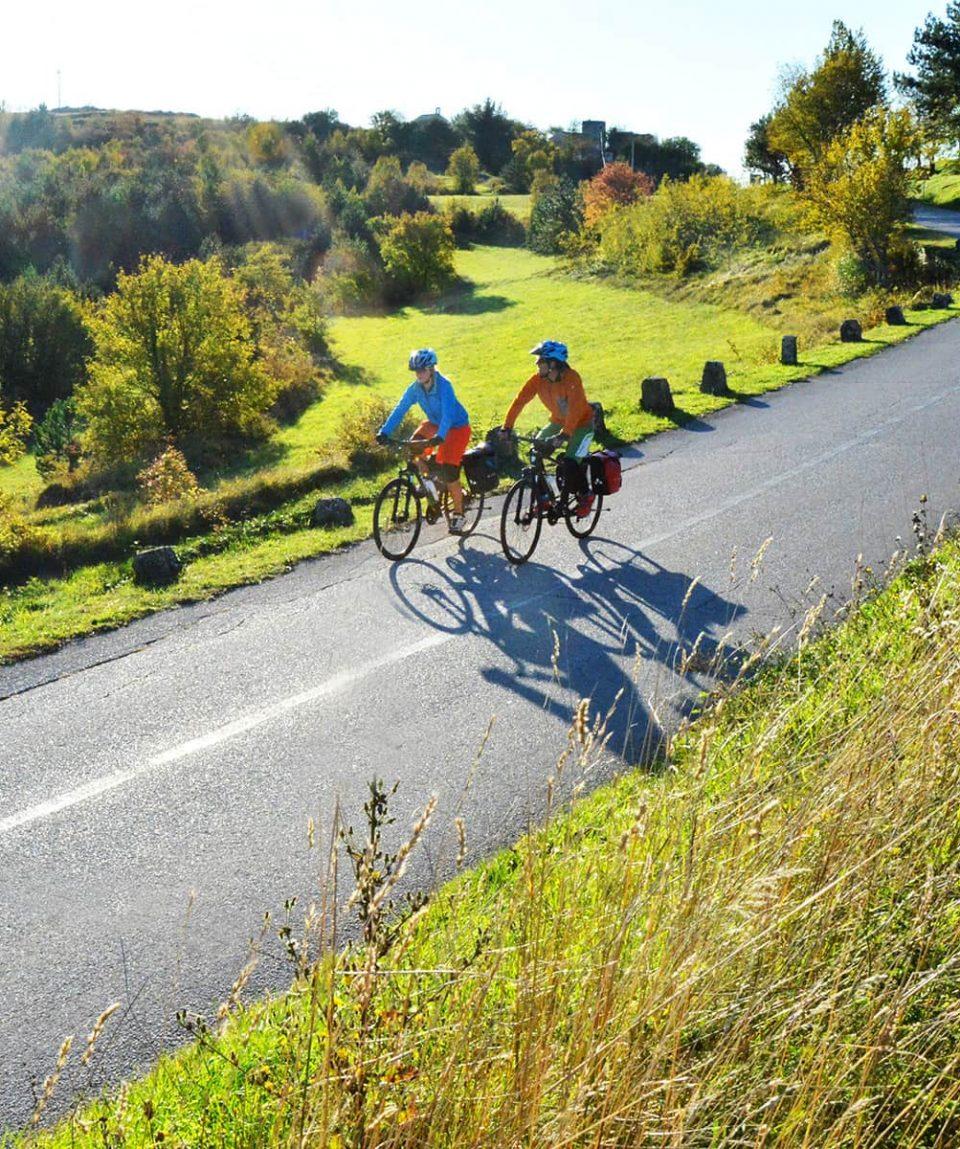 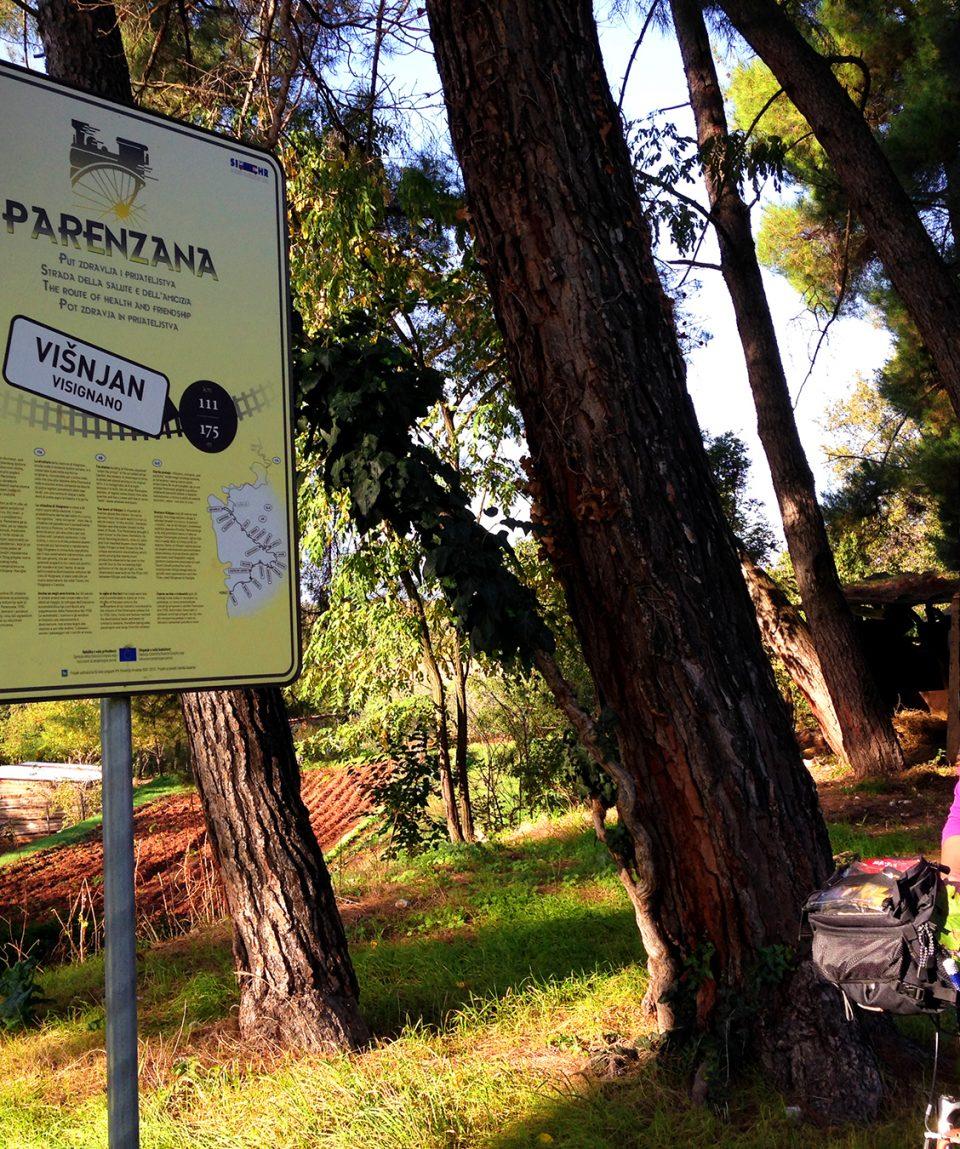 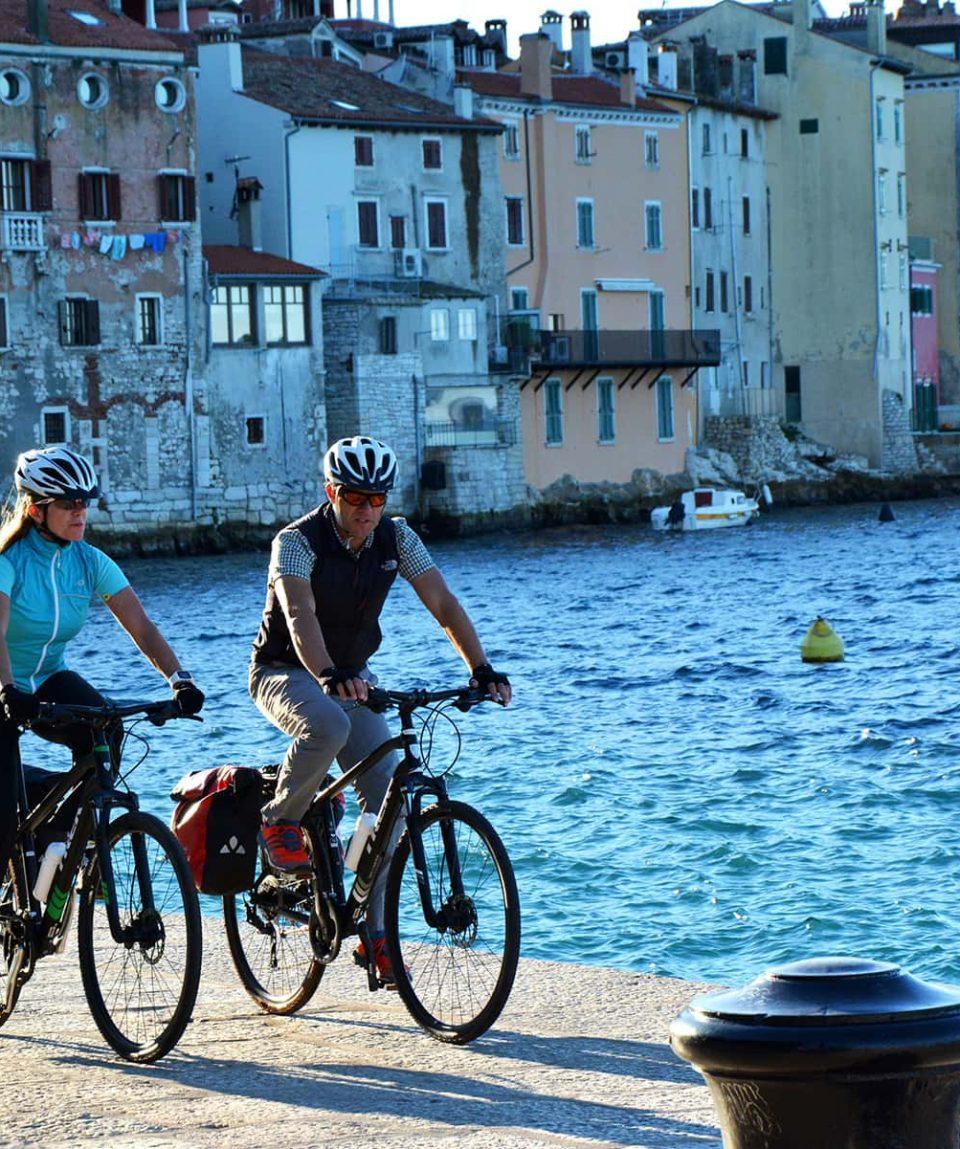 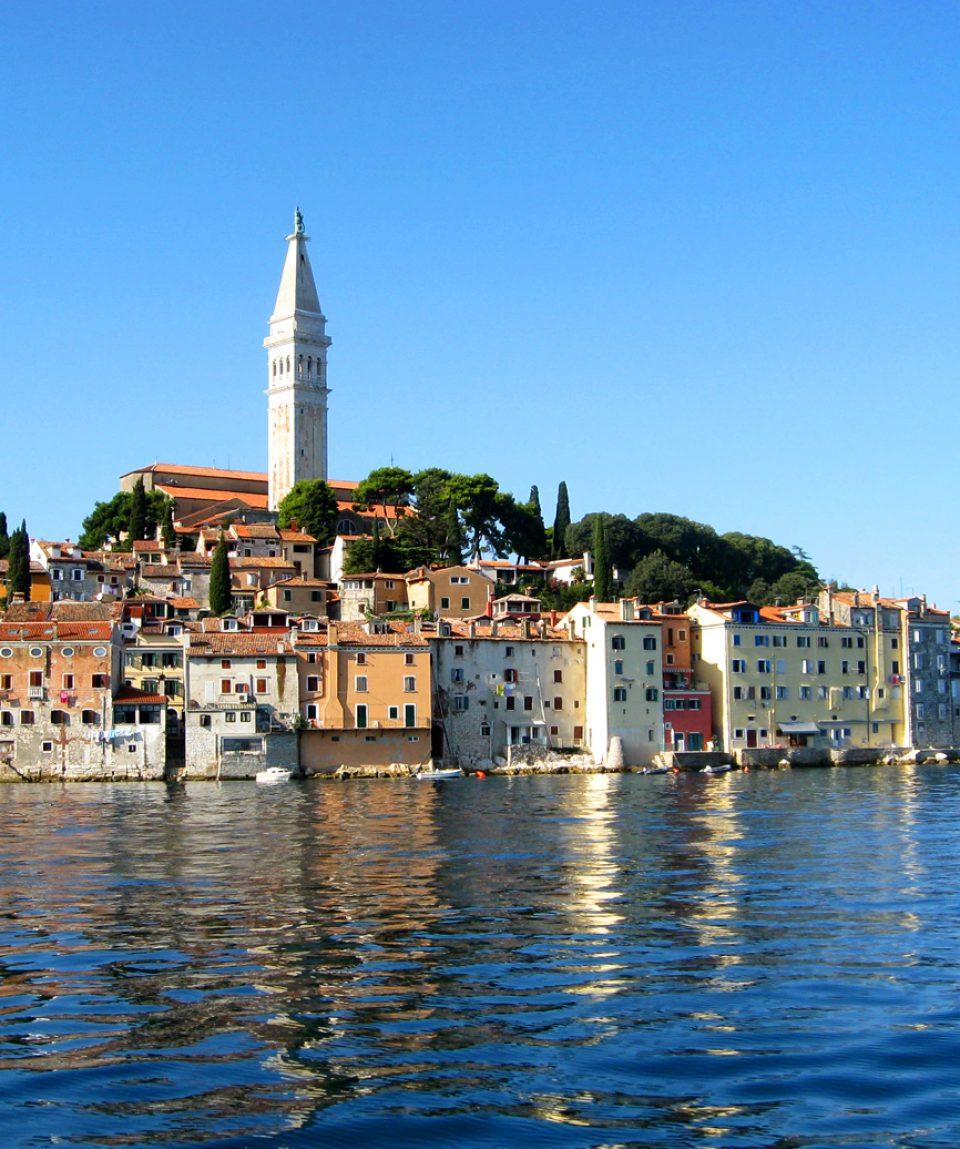 7-day cycling holiday, cycling the Parenzana Trail - The Route of Health and Friendship - a former railway route, which connected Trieste to Poreč and cycle from Poreč to Pula via beautiful Rovinj town. It is amazing cycling tour running through Italy, Slovenia and Croatia.

All about the Cycle Parenzana and Istria – Slovenia and Croatia.

7-day cycling holiday on the Parenzana - The Route of Health and Friendship - a former railway route, which connected cities and towns from Trieste to Poreč and cycle from Poreč to Pula via beautiful Rovinj area.

Begin the journey in an Italian port town of Trieste. Cycle on the Parenzana Trail to Slovenia and go past coastal towns of Izola, Piran, Portorož and Sečovlje. Visit the Sečovlje Nature Park, where salt is still taken from the sea by the 700-year old traditional recipe. Travel further to Croatia, past old hill-top towns of Buje, Grožnjan, Motovun and continue towards the coast, to the lovely towns of Poreč, Rovinj and Pula.

Parenzana was a 123-kilometre long railway line, which connected 33 towns and villages in Istria, from Trieste to Poreč. Today the route passes the territories of three countries: Italy - 13 kilometres, Slovenia - 32 kilometres and Croatia - 78 kilometres. The railway opened in 1902 and it gave life to the region it ran through; on its 123 kilometres long route, the small, slow train was puffing every day through hilly and diverse Karst areas, carrying passengers, salt from Piran and Sečovlje salt pans, olive oil from Buje and Motovun, fruit, vegetables, Istrian stone and wine. The railway line was closed in 1935. The route was recently reopened as a beautiful cycling path. 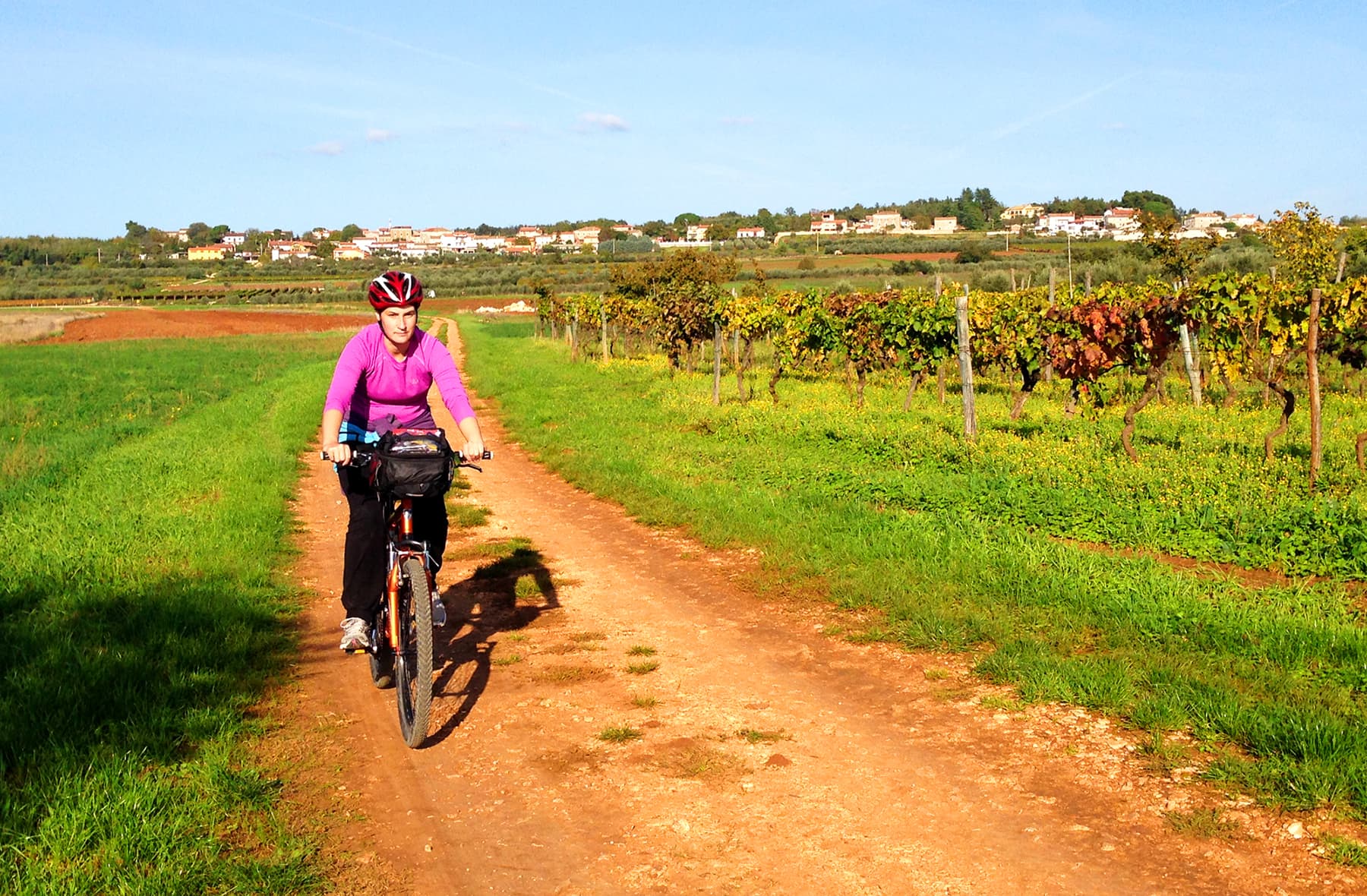 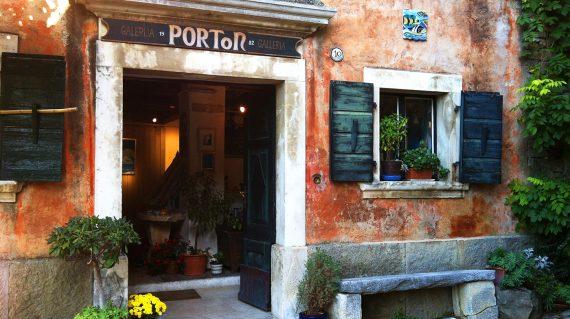 Accommodation is in a combination of 3* and 4* hotels, which are comfortable and with breakfast.

The tour package inclusions and exclusions at a glance.
Motovun, Istria, Croatia 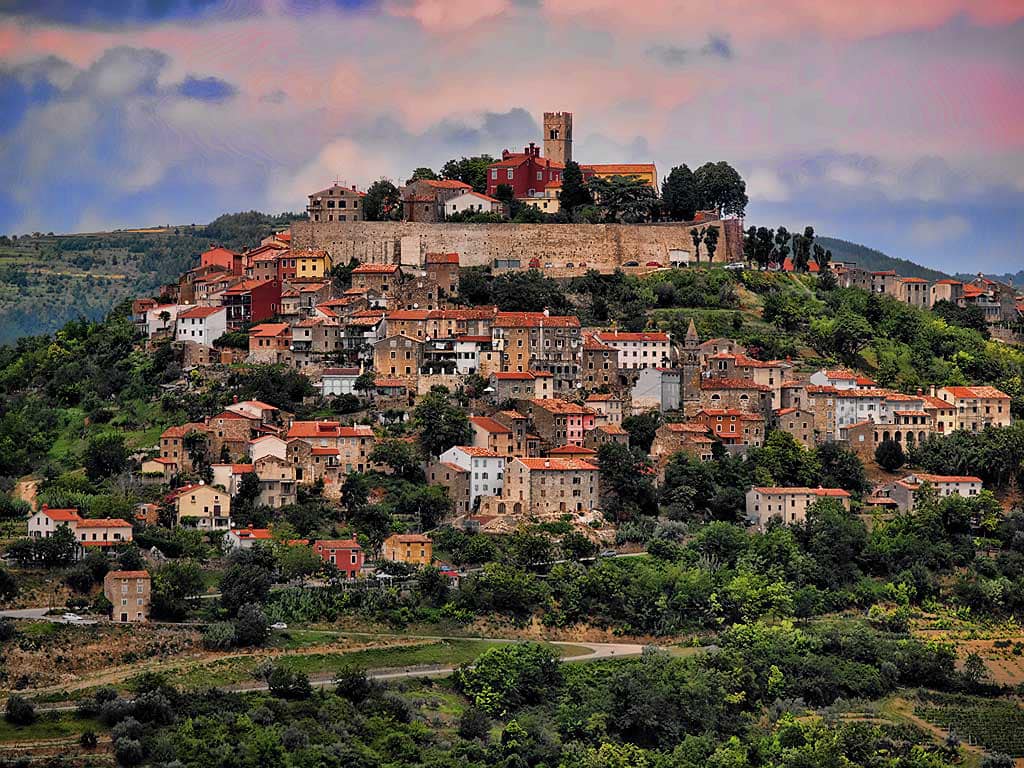 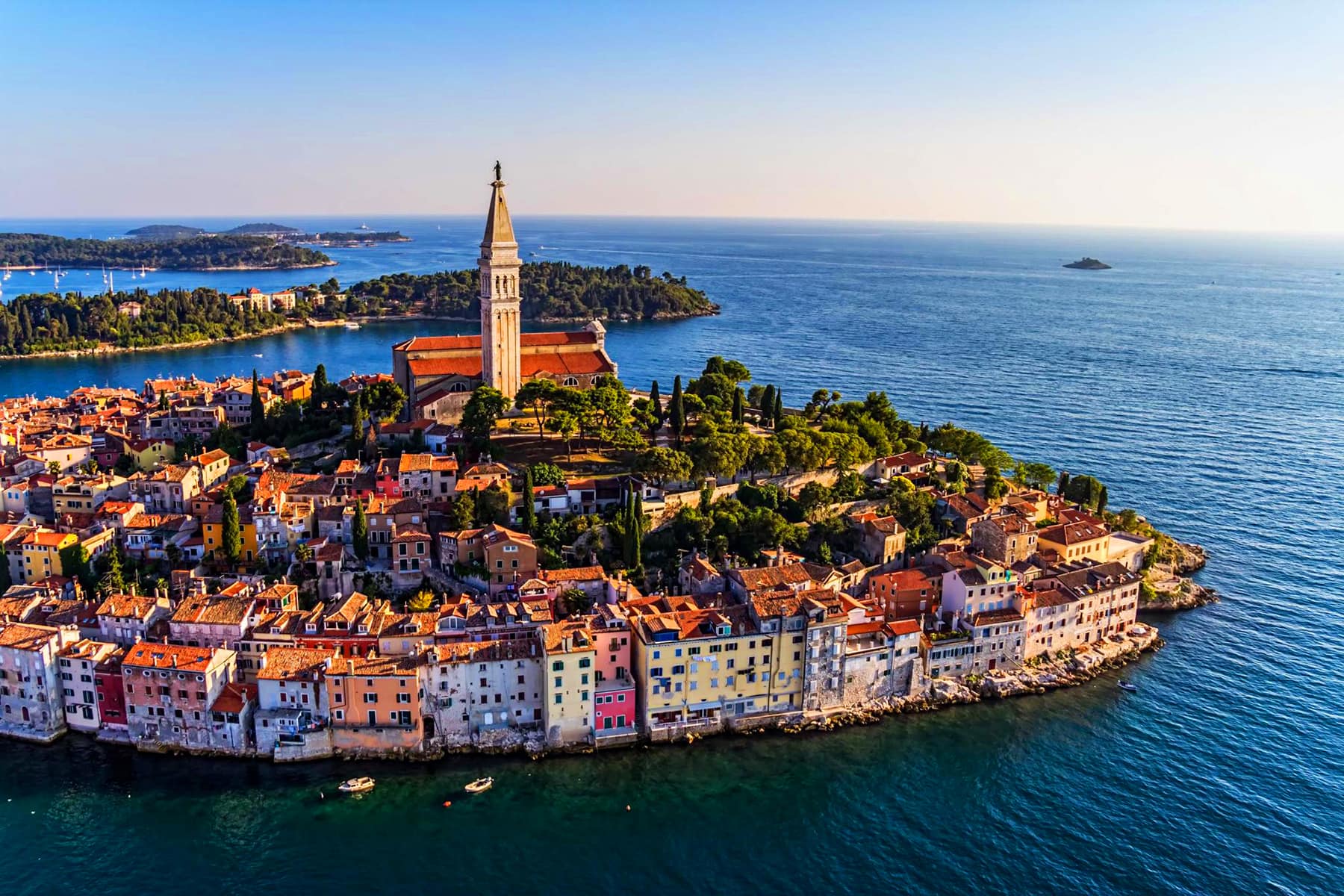 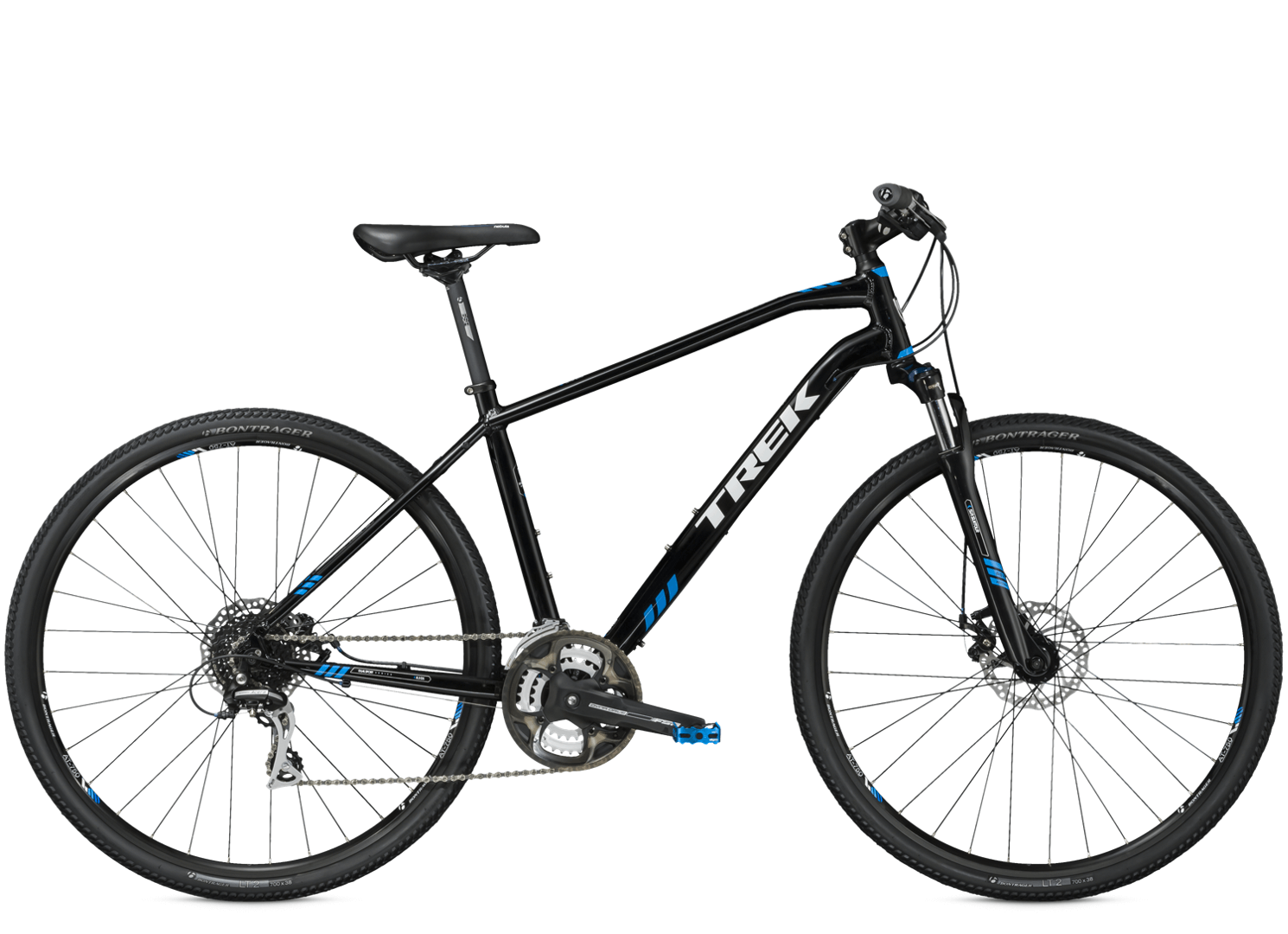 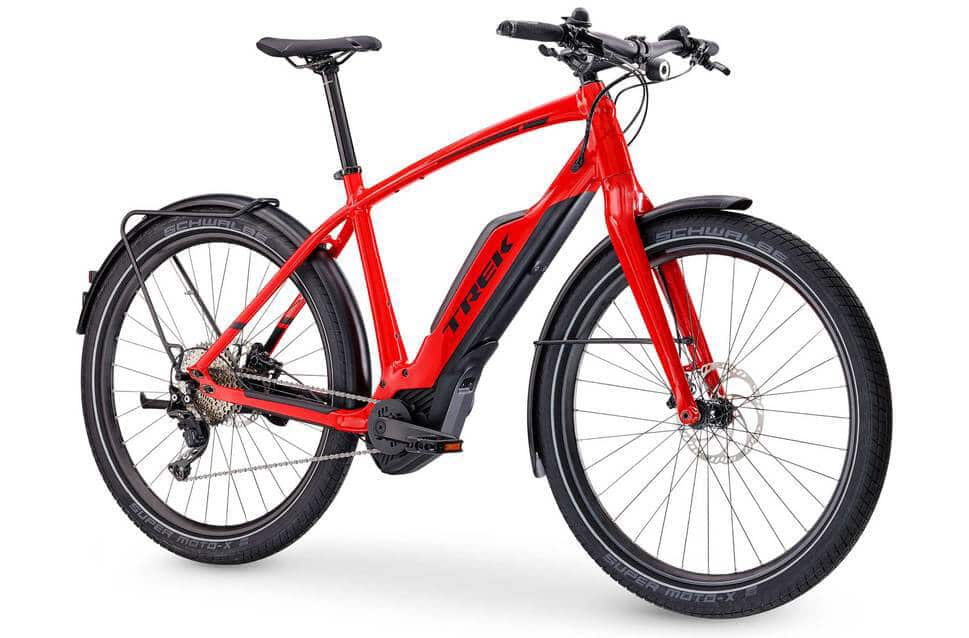 The tour is considered to be moderate to challenging. There is an average of 40 kilometres of biking each day with many ascends and descends. A good physical condition is essential.

The tour is not appropriate for children younger than 15 years and for pregnant women.

You will get bikes with full equipment – bike panniers, spare tire and repair kit, bike lock and helmet. 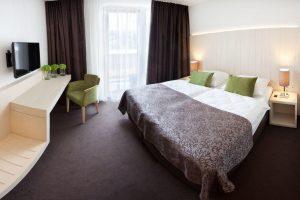 We think that the trip overall has been a very enjoyable experience. We enjoyed our time in the countries we cycled through and completed the trip very pleased with the service we have received.

We would recommend this trip to anyone with a desire for something different but so enjoyable!!

Excellent trip, very scenic, the daily distances, although long, were achievable within the day. We got to experience beautiful countries, delicious food and breathtaking sights. A well organised trip!

A wonderfully scenic ride, very interesting towns along the way. Mostly on bike paths (old railway tracks). This part of Croatia - Amazing! The scenery was absolutely stunning, the food and wine great and the mix of fresh air, exploration, comfort was a delight. We loved it. 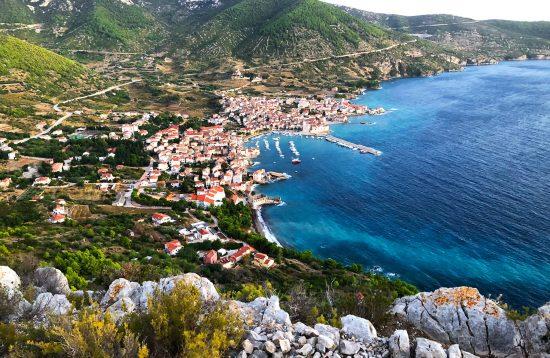 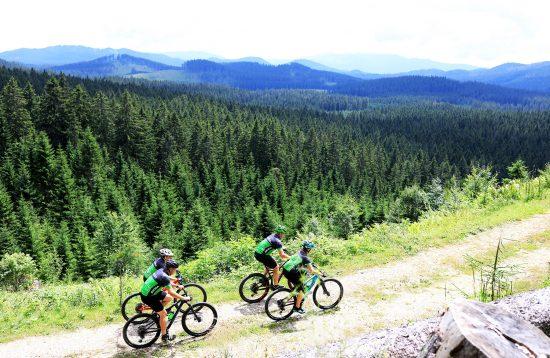 Cycling from Alps to Adriatic Sea via Friuli Venezia Giulia 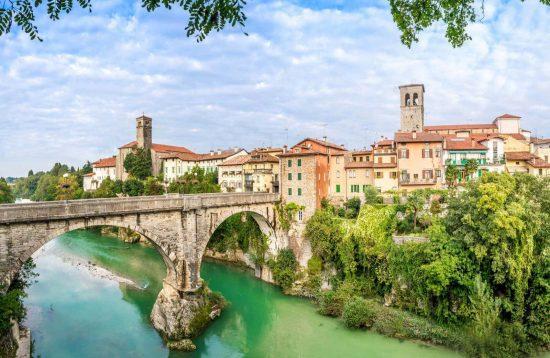 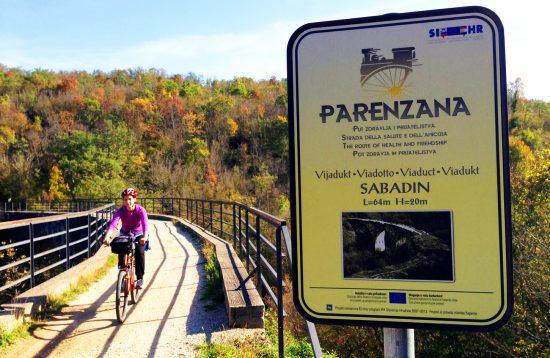